We’re out of the office starting Dec 26th and will return on Jan 2nd. We will respond to your message when we return and in the order in which it was received. Happy Holidays! 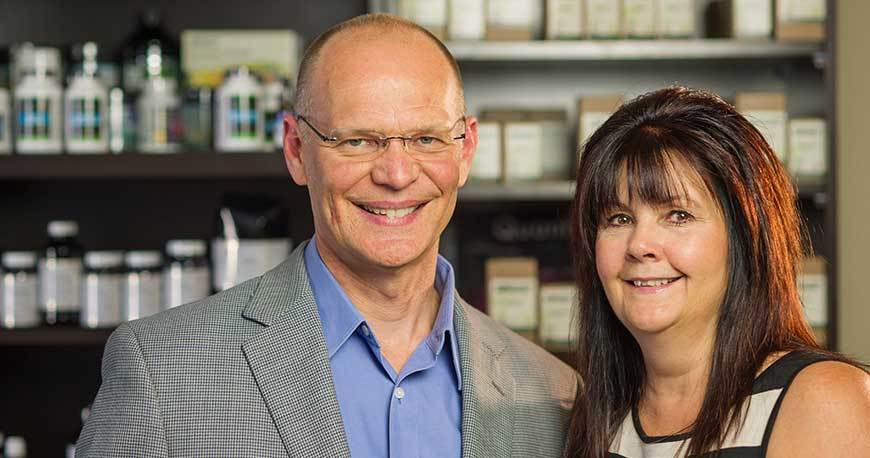 Dr. Michael Winters has spent more than 35 years bringing hope and wellness to patients in Paducah and across the region. Many of his patients suffer from autoimmune disorders, chronic illness and a host of other health conditions that traditional medicine has not been able to remedy. By the time patients find Dr. Winters they are often discouraged and exhausted.

"The most common issue I see with my patients is that they have a plan to treat their disease, but they lack a plan to restore their health," Dr. Winters says. "I help them to understand the difference between the two and provide them with a pathway to creating good health."

Dr. Winters is passionate about helping people get back to living a high quality of life. Perhaps that’s because at one time his journey to good health also seemed hopeless. That is, until he discovered the healing benefits of chiropractic medicine.

Dr. Winters grew up in Northwestern Iowa and played college football during his freshman and sophomore years. At that time he suffered from acne and began taking a daily antibiotic that soon set his health into a steady and rapid decline.

As fatigue and brain fog set in, Dr. Winters began to fail in his collegiate athletic and academic pursuits. There were days when he barely had the energy to sit up in bed, and rarely did so without feeling dizzy.

It wasn’t long before he lost his position on the football team, and his grades began to slip from A’s and B’s, to C’s and D’s. He eventually dropped out of school, entirely.

His traditional physicians could not understand his problem. Therefore they could not offer a solution to get him back on his feet. Eventually, Dr. Winters turned to a chiropractor. After several adjustments, a change in his diet and the addition of nutritional supplements, his energy began to slowly increase.

His experience as a patient led him to enter the Palmer College of Chiropractic in Davenport, Iowa, where he graduated with honors in 1983. In 1984, Dr. Winters bought a chiropractic practice in Paducah, Kentucky, where he has cared for patients for more than 35 years.

Today, Dr. Winters is in excellent health. He and his wife Debbie love to ride the Rails to Trails bike routes and to spend time with their 17 grandchildren. Dr. Winters maintains a healthy diet and takes nutritional supplements customized for his unique body chemistry.

With chiropractic technologies advancing every day, Dr. Winters spends hundreds of hours, each year, educating himself on cutting edge techniques and products that will help his patients. Almost everything that Dr. Winters recommends to his patients, he has first tested himself.

"People have far more complex stressors than they did even in 1984, when I first opened my practice," Dr. Winters says. "It requires a comprehensive approach to exploring those things that interfere with good health, spinal nerve stress, organ stress and brain stress. Understanding those components together allows me to get patients well again."